This week Polling Cards for the Local Government Elections started arriving in our letterboxes here in London and the reality of our hard work - and what is at stake - hit home.

For the last few years, I have spent countless evenings and weekends knocking on thousands of doors, helping my local community in Fulham and campaigning for the Labour Party. I did this (and will continue to do this) because it is the right thing to do. There is so much that is unfair in our society and there has never been a more important time to help those most in need. It can be through small things (like making sure people have a safe roof over their heads) or big things like defending their local school against closure and rebuilding a community centre that the Conservatives closed. It is a privilege being part of something that makes such a difference.

Making a difference. I have really tried to do this a lot over the last few years. It started by undertaking as much volunteer work as possible: working with a children’s charity helping to educate younger generations; and being appointed as a Trustee of our borough’s local Law Centre providing free legal advice and support on housing and asylum cases. What I enjoy most however is meeting local residents; learning about the concerns they face and taking action to make a difference. This is the work that local councillors across the country undertake every day - and it led to me being chosen by members of the local community in Sands End to be their Labour candidate in the imminent local elections. 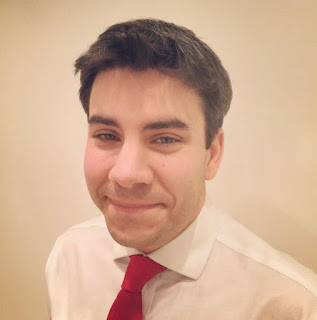 Being selected to be the Labour candidate was enormously symbolic for me. I have always spoken openly about my past (my wife says it was the first thing I told her when we met!), however being chosen felt like an external endorsement that the past was behind me and the community are allowing me to use my past for the greater good of the future.

At this point, I should probably explain what happened in my past to get me here today. I am nearly 34 years old now. However, when I was 21, a student at university, I was on work experience in a bank. I told my dad about companies that the bank was working on. My dad illegally invested in those companies. I was arrested and charged with Insider Dealing. I was convicted and was sent to prison in December 2009. It was absolutely right that I went to prison because what I did was wrong.

I lost everything: my liberty, any reputation and as everyone kept telling me - my future.

Prison is everything that you think it might be: violent, corrupt, dangerous, scary. I was locked in a cell with others for 23 hours every day. Every one of those days I feared for my safety, and too often - for my life. I witnessed some very dark things. And the entire experience had a profound and lasting effect on me.

In prison, bad things happen to vulnerable people - and there was nothing I could do. When I came out, my eyes were opened and I realised that the outside world is not that dissimilar.

Bad things are happening every day to the most vulnerable people in society. The only difference is that I (and more importantly, we, together) can take a stand and fight for people’s rights and fight for a fairer world.  For me, that is why the Labour Party was founded almost 120 years ago.

I spent three months prison and left in March 2010. I joined the Labour Party shortly after.

The Rehabilitation of Offenders Act is a law that was passed by the Labour government in 1974 (and enhanced by the Conservative government in 2012). It allows those who have committed certain offences to be reintegrated back in society if - after a number of years - they have not committed any further crimes. Thanks to this law, my conviction became ‘spent’ more than three years ago (December 2014) and it is unlawful for anyone to use it against me. It was over. My slate wiped clean. And as soon as my ‘spent date’ passed, I turned up to the very next Labour campaign session in Fulham and have not looked back since.

I didn’t join the Labour Party for redemption. I joined the Labour party - and work hard in Sands End - because I want to change our world. I look at the ignorant, selfish, cruelty of Conservative cuts and am filled with a burning desire to build a different path for our community and demonstrate to the world that you can turn your life around even when you have lost everything.
at March 31, 2018 No comments:

This week Polling Cards for the Local Government Elections started arriving in our letterboxes here in London and the reality of our hard w...